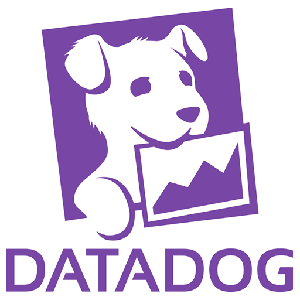 
Episode 38. Of Big Hacks, Jakarta News, Who is running what on the JVM, and (Since is election season) CJUG running for a JCP Seat.

October 31, 2018 windust Eclipse, Java EE, Pivotal, Security 1:12:09 Comments Off on Episode 38. Of Big Hacks, Jakarta News, Who is running what on the JVM, and (Since is election season) CJUG running for a JCP Seat.

We start our episode by diving into that big China hack that seems to come out of nowhere. We then discuss the promise of RedHat for supporting OpenJDK 8. We then take a detour and check on Jakarta EE (how is it doing on Eclipse). After we dive into the Snyk report (what are people running on the JVM). Lastly, the Chicago Java Users Group is running for a seat at the Java Community Process (JCP) table! Do vote for them as we like them a lot!

Episode 35. A bug in Java 9 and 10? Oh noes, Serializable is out! And now Microsoft took over GitHub. Lastly, EE Spec docs are not being transferred! (Now what?)

Oh my, there are so much news going on. Starting with a weird string concat bug in Java 9 and 10. We also see that Serializable is going to be removed (and hopefully there is an alternative for it), and we also dive into the ethics of Google as it turns down military contracts they are uncomfortable with. We also see Mission Control being open sourced and explore what that means (an opportunity for growth or a death knell for the product?).

Lastly we dive into a bit of a news where Oracle will retain the description of the EE specs and not transfer it to the Eclipse Foundation. What does that mean for Jakarta? All this and more in the full-to-the-brim episode!

So we start with Twitter news (change your password) to then dive into exciting news this month. There are a couple of notable IPOs and Aquisition including @pivotal, and @smartsheet. (Congrats!). We then take a detour onto Mesosphere raising $125 million (and talk about if all these valuations feel right?) to then see Cambridge Analytica disbanded. Oh, and think twice about naming something with “Java” in your app as Oracle seems to flexing more Copyright muscle. Lastly we see a new play from IBM where they will provide support for OpenJDK’s OpenJ9. What does this mean for Oracle and their commercial support? Only time will tell. But that doesn’t stop us from speculating about it! So take a listen to a fully charged Java OffHeap!

Episode 32. On Java10, the next internet bubble and data breaches!

Yes, #Java10 is out, and #Java11 is on early release! Join us as we dive into Salesforce acquiring Mulesoft (at a cool 6.5 billion), and wonder…is the next tech bubble here? We then tackle Facebook and its privacy concerns and wonder, do we, as developers have a responsibility to help prevent this? Overall, a very charged episode worth listening!

Episode 30. On Meltdowns, Payara, and the state of Java EE (with Eclipse’s Executive Director Mike Milinkovich)

What an eventful time for being a Software developer. We got a Meltdown, and a Spectre in our field to begin with, and we also have some interesting news brewing from Payara. But most importantly we secured an interview with no other than Eclipse Foundation’s own Executive Director Mike Milinkovich! He takes us into an inner tour of what’s going on with JavaEE (and the handoff between Oracle and the Eclipse Foundation). We talked on all topics EE, including namespaces, future names, clarifications on what is being open sourced and the relevancy of the JCP in today’s climate. In all, even if you think you don’t use Java EE (hint…you are probably using specs that are surviving under the EE umbrella…Json much?) you should take a listen!

Episode 27. Java 9 is out! Java EE to end up at the Eclipse Foundation? And on Breaches

Oh my gosh! When it rain it pours. We have tons of news for this podcast, starting with the actual release of Java 9 (wow, it is finally OUT!). And on the toes of that we have the news that Java EE is going to be moving to the Eclipse Foundation (and outside the JCP)! Lastly we dive into the big Equifax vulnerability (and see what was the vulnerability about). In all, an exciting episode on which we make predictions to the uncharted territory Java is heading towards!

Oh boy, We just finished recording this episode after the US Presidential elections, and like everything else, we are shock-and-awed about the results. Nevertheless we dive into what does it mean for Technology (and Java) having a Trump term. Would it be better for tech, what do we know about his policies, or is really Business as Usual? We also dive into the current Tiobe index, and visit Toughtworks Technology radar! (Docker is now moved to Adopt, and sunsetting Jenkins? huh?)

Episode 4. Spyware, Malware, Adware with SE? oh noes! How micro is micro, and is it really better? How does relate to frameworks? Performance? Two-phase commits?

July 17, 2015 windust Java EE, Pivotal, Security 1:11:46 Comments Off on Episode 4. Spyware, Malware, Adware with SE? oh noes! How micro is micro, and is it really better? How does relate to frameworks? Performance? Two-phase commits?

Get ready to be lawyered-up. It’s coming! Oracle v Google is not going to be heard by the Supreme Court, and while that might not spell “Doom” just yet, it’s fast approaching the reality that APIs are on the verge of copy-right-a-bi-li-ty (that’s too many slashes, just for emphasis).

Then we dive into what everyone seems to be consulting on, presenting on, it’s the buzzword of the moment, the superstar, the Britney Spears (or Katie Perry) of today. Of course, we are talking of Micro-services. We go and discuss the perspective from many different points of view (from the performance guy to the independent to the small and large shops) and try to figure out is it fad? or is just something we always knew with a different name. So come take a listen!